My Straight Friend Was Emotionally Dependent on Me

Emotional dependency. Such a fun topic.

We’re too awkward. Too different. Too messy.

And yet we learn that isn’t always the case.

We find that guy in our church, work, or small group who gets us — or, at the very least, takes an interest in us as a person. Someone who listens to our story and involves us in his daily life.

This guy could even teach us a few things about what he enjoys. Things we may not be comfortable with like football, hunting, cars, etc.

We may have never felt this feeling before (or in a long time), and we get excited.

We latch onto this kind of guy like a leech. We do everything with him. We always know what’s happening with his life. Where he is and what he’s doing at most times.

And that’s where things get unhealthy (and creepy, to be honest).

When this guy (even for a short period of time) doesn’t give us the attention and affection we want, we freak out. We question if he really cares or if the relationship meant anything at all.

Generally, this realization occurs when said guy enters a relationship with a girl or takes on some new responsibility or job or hobby.

And here’s where things get interesting.

This is the story of many SSA guys. But this story is the opposite. I was 17-18 years old when emotional dependency reared its ugly, manipulative head.

My friend, Dustin, was nearly a year older than me. We went to the same Bible study in my town despite growing up in different churches and schools. I was introduced to him via a mutual friend I’d come out to.

Early into our friendship, I told Dustin about my SSA and he supported me in a loving way. We ended up hanging out a lot throughout the rest of high school and into college.

He started dating one of my friends from church, and it seemed like they were good for each other at the time.

Given the scenario, you would think I’d grown jealous of Dustin’s attention. Honestly, it did make me a little irritated, but not in the way you’d think.

Dustin started having issues with transportation. His truck constantly had issues by not working or breaking down, or sometimes he didn’t have gas money. And I always came to his aide.

I loved doing this, too. He was my friend, and I was a people-pleasing ESFJ (Myers-Briggs).

He often called me, frantically panicking or complaining that he couldn’t hang out or come to a church or social event. And I’d pick him up. He’d spend all his time with this girl until getting into arguments, then breaking up, and then getting back together again.

He called me late one night crying over his relationship. Whenever there was an issue, he called.

After some time, Dustin and his girlfriend broke up for good. I didn’t know he’d grown codependent with her; all the while, an emotional dependency toward me also grew.

From my senior year of high school to college, Dustin constantly texted me during class. I kept telling him I couldn’t talk because I had class, but my words never seemed to get through to him.

He suggested we go out to eat with friends but never had the money to pay. He always wanted to hang out and do things together, but it was all at my expense.

I was blind to the situation for a long time until one day he called me to rescue him again, and my mom told me not to go. I was dumbfounded and offended that she would tell me such a thing.

She didn’t say it then, but my mom knew our relationship was toxic. I’d later realize how pivotal that moment was to recognize this emotional dependency.

Granted, a lot of this emotional dependency stemmed from my allowance to be manipulated, recognizing I wasn’t the hero I thought I was.

By the time I turned 18, I had enough. I’d previously addressed the issue with him without using the words “emotional dependency,” and he denied doing any of it.

I felt used and betrayed.

I had some choice words and cut off contact with him.

After a year or two passed, we got lunch and talked. Things were okay after that. But we rarely interact much these days, considering our lives went different directions.

Enjoy our content? Consider journeying deeper with our community by supporting YOB on Patreon! 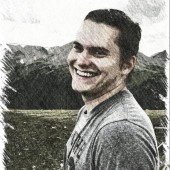 I used to go by John on this site before using my real name. I've spent my entire life living in the Peach State. However, I love driving and traveling around the country and even the world. I'm pretty much a goofy extrovert who loves to laugh and make others laugh (cue the terrible jokes). On a more serious note, I strive for intimacy and openness with people. Late-night conversations are the best. Currently, I am a young twenty-something trying to get my life together after quitting college (yay associates degrees!). I look forward to helping (or maybe even inspiring) strugglers all over the world through my life and this blog. This bio probably will change as I am learning more about myself along the way. Join me along the journey!

This Secret Longing to be Held by a Stronger Man

Giving Up On My Dreams for a Wife and Kids